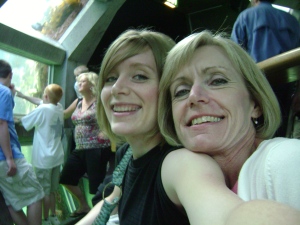 The past several weeks a few profound thoughts have helped me to understand what my journey of letting go looks like. I have realized that letting go does not mean forgetting; that forgiving does not mean that everything will go back to the way it once was but rather reconciliation is the next step. People often mesh these two together somehow and judge others based on the second half.

I know that these two examples can be big topics that deserve their own post. But for now, I would like to just mention them. It has dawned on me just how much judgment is cast on others if things do not look a certain way in someone’s journey of healing. The thing that matters the most is whether we are following and obeying God. Are we choosing him daily?

The other day I found myself swept up in the arms of God as I listened to a new song. It spoke about being wrapped in the arms of God and being able to let go. This sums up the past year for me. Having God’s arms of love wrapped around me has been what has empowered me. When you know how much God loves you and you are swept away by love rushing into every crevice of who you are, things that once may have held you in bondage fall to the ground as you release your grip on them. God is the only one that matters. His love changes everything. He is the safest place to be.

In his arms I have been learning what letting go looks like. When one has lost someone either by death or by separation of friendship, letting go comes in waves with the grief. It is important to recognize that one can let go of the things that hinder us from moving forward while remembering the individual’s memory. Just because you are letting go does not mean that you will be forgetting them or dishonoring who they are.

Letting go brings freedom. It does not mean that it will be an easy process. But it is worth it. Letting go does not mean attempting to duplicate the individual. You can still embrace the traditions that once were if it is healthy to keep them now that the person has gone on. What I mean by this is that often we can get caught up with trying to “bring” their personality or gifts into the void. The reality is, is that no one can duplicate or fill that persons spot in your life. We should not try to place other people in that position either.  Besides, no matter how hard I try to make my Mom’s chocolate chip cookies or cinnamon rolls, she was not the one that made them. The love ingredient that made them so special is now something I can remember fondly but not attempt to put in as if I were her. I must be fully myself.

There is a tricky thing about grieving. Sometimes you wonder who you are. Through this past year God has been reminding me who I am. And in his arms, I never doubt who I am. I am a daughter of the King.

I am his. Even in this mess, this beautiful journey, I am his.

This site uses Akismet to reduce spam. Learn how your comment data is processed.